↜ Back to Species Lore 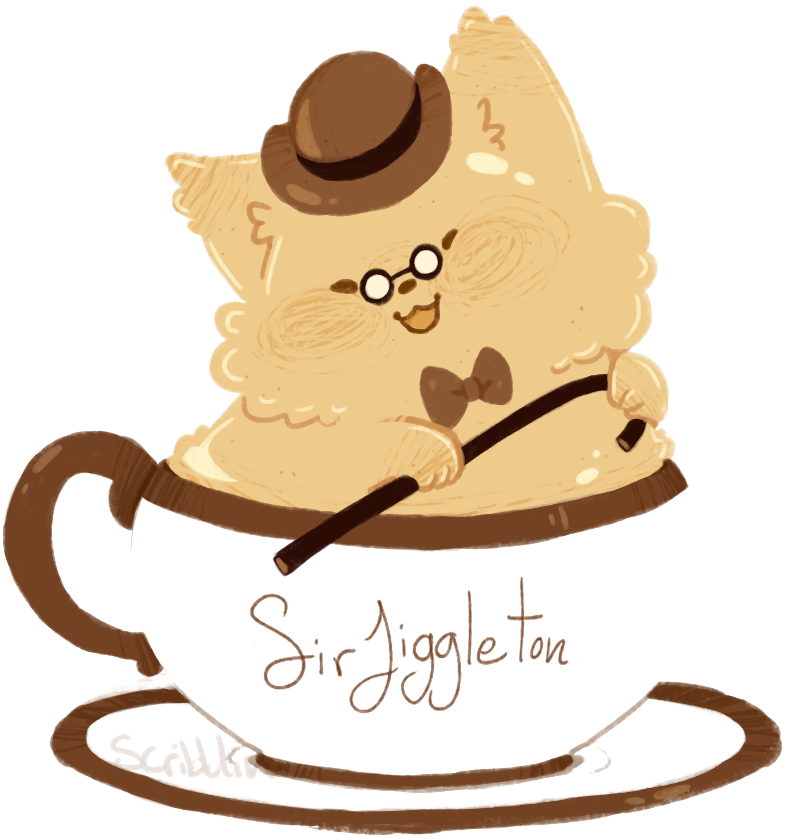 At the very edge of Adalyn, where the sea meets the thick pine forest, there is a cliffside that overlooks the ocean. On that cliff, a grassy mesa sits two rare bushes among the many bluebells, the last of their kind- of which were only recently rediscovered by the Botanist Gala. She had found these bushes, scorched and dying; and curious, she nurtured them back to health until it finally bloomed. Those unique flowers eventually bloomed into peculiar berries that had a delicate aroma. Curious, Gala decided to try and brew one as a tea. After placing the berry and her tea leaves in boiling water, she left it to simmer; however, when she returned, she no longer had tea, but instead a tiny baby creature that had taken on the qualities of her tea.

After much research, Gala discovered that these berries were in essence, eggs, and when fully submerged into liquid they hatch. Not only that, but they also took on the attributes of whatever liquid the egg was placed in- such as color, smell, and temperament. Even though they could be “brewed” in liquids other than teas, Gala decided to name them Teakin- due to her accidental discovery of them.

Attempts were made to try and grow new bushes from the original two, but Gala quickly realized that it was impossible, and she decided there that her new role was to be the guardian of the last Teakin bushes. While she tends to the bushes, Gala also helps the Teakins find a loving home to go to, not only to allow others to experience the joy of having a small Teakin companion, but to also raise awareness of them to the outside world. Though she doesn’t exactly make it easy for others to just take a Teakin home, she first ensures that the potential owner of the Teakin is ready for the weighty responsibility.

Defining Features of the Teakin

- Teakin can be made of any kind of liquid- if you’re unsure of the liquid base, feel free to ask the staff!
- They can be any animal shape, and any fantasy creature shape, but only non-humanoid creatures.
- Must have a container of some kind it calls it's home- can be anything that holds liquid.
- Teakin can wear accessories or clothes, but they must be light or else it will simply go through their gelatinous bodies.
- They can have fillings inside their bodies but it's visibility will vary depending on the opacity of the drink. The fillings are always food or plant based.
- Has small beady eyes and mouths.
- Stick to simple shapes! Simplify as much as possible while still being able to identify what animal shape it is.
- They cannot have any thin parts of their body, so no twiggy arms- even if the Teakin is based on an insect.
- No sharp bits! Every part of them is blobby like liquid in zero gravity.
- Their bodies cannot meat, living animals, body fluids, metals, oils, narcotics, or anything inedible.

- The Teakin’s are actually based on the Closed Species called the Teacats- created by Gala. Gala stepped down from running the species due to no longer having the ability to really run the species. She decided what would be best is to allow her Crew members (of which Eloria is apart of) to take control of the species, and allowed them to create different series based from the original Teacats. The Teakin are Eloria’s own branching series from the Teacats, and in homage to Gala, Eloria decided to create an NPC based on Gala’s own persona that cares for the Teakin.


- Sir Jiggleton is actually the mascot of the Teacat Café, and the art you see above of him was made by the founder of the Teacats, Scribblin (aka Gala)!
- They are difficulty Rank 2 to befriend, and you are required to have completed the Teakin storyline with Gala.
- They get their nutrients in liquid form- similar to how liquid fertilizer works.
- Teakin can take on the traits of plants that they are brewed with. So if they were brewed with a plant that glows, they will also glow.
- Generally peaceful creatures depending on what they're brewed with. For example a chamomile brewed Teakin will be calm and quiet, whereas caffeinated teas will be more active and loud.
- Their call is a mixture of bubbling and popping sounds and communicate mainly with body language. Not all Teakin sound exactly the same, some have deeper calls than others and some higher pitched.
- They are called Teakin due to Gala accidentally discovering them by making herself tea.

Frequently Asked Questions about the Teakin

• Can I make my Teakin from a poisonous plant?

That is a tentative yes. If you're planning on making your Teakin from a poisonoous plant, please contact the staff to make sure it fits with the Teakin lore.

• I saw that there were Tea babies, Singing teas, and Dragoneyes in the orginal Teacat Café- do you still have those here?

We decided for the Teakin's that we would remove the subspecies. You can still make these different kinds of Teacats as Teakin, so long as they still follow our general rules and guidelines (so no demonic Dragoneyes for example).

• I have a Teacat from the Teacat Café, can I register them to be apart of Alondria?

Is there a question you have that wasn't answered here? Feel free to send the question in using our Contact forum, or message us on the Questions channel in our Discord!